Urban Cowboy Rides Again: Mickey Gilley & Johnny Lee.  These two country music legends will give you a night to remember as they bring back some of their chart topping songs completed with memories of the 1980 hit movie, Urban Cowboy. Gilley and Lee have earned an outstanding 38 Chart singles with 20

#1 hits including Gilley’s “Room Full of Roses,” “Don’t the Girls all Get Prettier at Closing Time,” and Lee’s “Cherokee Fiddle” and “Lookin’ for Love.” Sharing 10 years of their music careers together, these two are sure to put on an evening of great music, fun memories, and incredible entertainment!

2018 Celebrated the 30th anniversary of the self-titled multi platinum “Lita” album. Released on February 2nd 1988 the “Lita” album boasted four charting hit singles. “Back to the Cave”, “Falling In and Out of Love” (co written with Motley Crue’s Nikki Sixx) along with the world wide mega hits “Kiss me Deadly”, nominated for the MTV Video Music Awards Best Female Video of The Year and the certified gold ballad single “Close my Eyes Forever” featuring Ozzy Osbourne, which remained in the
Billboard top 10 for 25 weeks.

Nelly’s 2000 solo debut, Country Grammar, spawned a smash single by the same name, and his unique approach to music has kept his sound fresh and the hits coming. Nelly’s next four albums all made it to the top three on the Billboard chart, with the singles routinely making the top 20 and four of them going to No. 1. When the two-time Grammy Award winner isn’t creating hit songs with collaborators or on his own, Nelly ventures into film and television work.

For nearly two decades, Josh Turner has been one of country music’s most recognizable voices, selling more than 8.5 million units and amassing more than 2.5 billion global streams. From the very start of his career through chart-topping hits like “Your Man,” “Would You Go With Me,” “Why Don’t We Just Dance,” and “All Over Me,” Turner has immersed himself in country music’s history and its iconic figures.

Chicago began in 1967 in Chicago, Illinois and have recorded 37 albums, sold over 100,000,000 records and are one of the longest-running and best-selling music groups of all time. Furthermore, Chicago’s music has never left the airwaves and the band remains on tour more often than not, playing concerts in every corner of North America. Even today, the band isn’t just about nostalgia, they continue to record new singles and albums regularly.

Chicago is second only to the Beach Boys as the most successful American rock band of all time, in terms of both albums and singles. Below is an early video featuring, “Does Anybody Really Know What Time It Is?”, “25 or 6 to 4”, “It Better End Soon” and “I’m a Man” from their performance in Amsterdam 12/12/1969. At the time, they were one of the most innovative bands in the world with some of the best musicians to boot. With a foundation that was built on a prominent horn section.

Scotty McCreery’s new album Same Truck is available now everywhere music is sold. It contains his fourth consecutive No. 1 single “You Time” and the fan-favorite “Damn Strait,” earmarked to be the second single from the album. He achieved new heights by earning three back-to-back No. 1 hits from his album Seasons Change, the RIAA Gold-certified project which debuted at No. 1 on the Billboard Country Album chart: the RIAA Double Platinum-certified “Five More Minutes,” the RIAA Platinum-certified “This Is It,” which stayed at the top of the charts for two weeks, and RIAA Gold-certified “In Between.” McCreery co-wrote all 11 songs on Seasons Change, which Rolling Stone named as one of the “40 Best Country and Americana Albums of 2018.” All four of his previous albums have debuted at No. 1 on a Billboard Albums chart, with current combined sales surpassing 3 million copies.

RAGE AGAINST THE MACHINE

Outspoken firebrands and activists Rage Against the Machine educated masses of heavy music fans by injecting their bombastic Molotov cocktail of rap, hardcore punk, funk, and metal with a sobering dose of fiercely polemical, politically charged urgency. Crashing the mainstream in 1992 with “Killing in the Name” — their sonic protest against police brutality and systemic racism — the band planted their flag in the scene with their triple-platinum debut, Rage Against the Machine, which courted controversy with its graphic cover of a protesting, self-immolated Buddhist monk.

Rage continued to push this anti-authoritarian and revolutionary message, extending their platinum streak with subsequent chart-topping Grammy winners Evil Empire (1996) and The Battle of Los Angeles (1999). At the turn of the millennium, it seemed like they would show no signs of relenting, balancing sales and chart success with headline-grabbing demonstrations (like shutting down the New York Stock Exchange for a video shoot). However, in late 2000, the band imploded and decided to take a break. At the turn of the next decade, Rage made another official comeback, charting a global reunion tour in 2020 that was sidelined by the outbreak of the COVID-19 pandemic. That same year, in the midst of international protests against police brutality, their seminal debut struck a chord with demonstrators, reentering the U.S. charts as every one of their albums hit the Top 30 on streaming services.

Against the formidable obstacles of an ever-changing cultural landscape, the rise and fall of various musical trends, and the near collapse of the record industry itself, QUEENSRŸCHE secured a triumphant legacy as one of hard rock’s most respected and celebrated acts, selling 30 million albums around the world across a 30-plus-year career.

As one of the progenitors of the ’90s nu-metal movement, Deftones quickly evolved beyond the scene, embracing their individual influences to create an artistic alternative metal hybrid that balanced beauty and brutality. As one of the first groups to alternate heavy riffs and screamed vocals with more ethereal music and hushed singing, they influenced a generation of musicians with their trio of platinum-certified early albums: 1995’s Adrenaline, 1997’s Around the Fur, and 2000’s seminal White Pony. In the 2000s and 2010s, they pushed their sonic boundaries even further, departing from mainstream-friendly song structures in favor of increasingly expansive atmospherics on sets like 2003’s self-titled effort, 2010’s Diamond Eyes, and 2016’s Gore. In 2020, they kicked off their fourth decade as a unit with their ninth album, Ohms.

Morgan Wallen has staked his claim as Country music’s next superstar with nearly 3 BILLION+ on-demand streams, MULTI-PLATINUM certifications, and three consecutive chart-toppers. “Unapologetically fresh and modern” (The Tennessean), the dynamic Tennessee native has been riding a red hot streak since 2017, collecting accolades including the 2020 CMA Award for New Artist of the Year, Best New Country Artist at the 2020 iHeartRadio Music Awards, Billboard’s #1 song of 2019 on both the Hot Country Songs and Country Airplay charts (multi-week #1 “Whiskey Glasses”) and named one of PEOPLE’s Ones to Watch, plus high-profile features in the Los Angeles Times, Associated Press, The Washington Post, Genius, and more. Wallen proved crossover appeal with 3X PLATINUM Diplo collaboration “Heartless,” and previewed his highly anticipated sophomore album, Dangerous: The Double Album due out 1/8, with New Year’s surprise drop “This Bar,” current Top 3 single “More Than My Hometown,” and record-breaking smash “7 Summers,” which debuted at #1 on the Billboard Hot Country Songs chart and inside the Billboard Hot 100’s Top 10 while shattering first-day streaming records at Apple Music and Spotify. 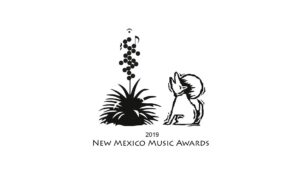